Style, Security, and the Social Contract of Industrial & Commercial Barriers 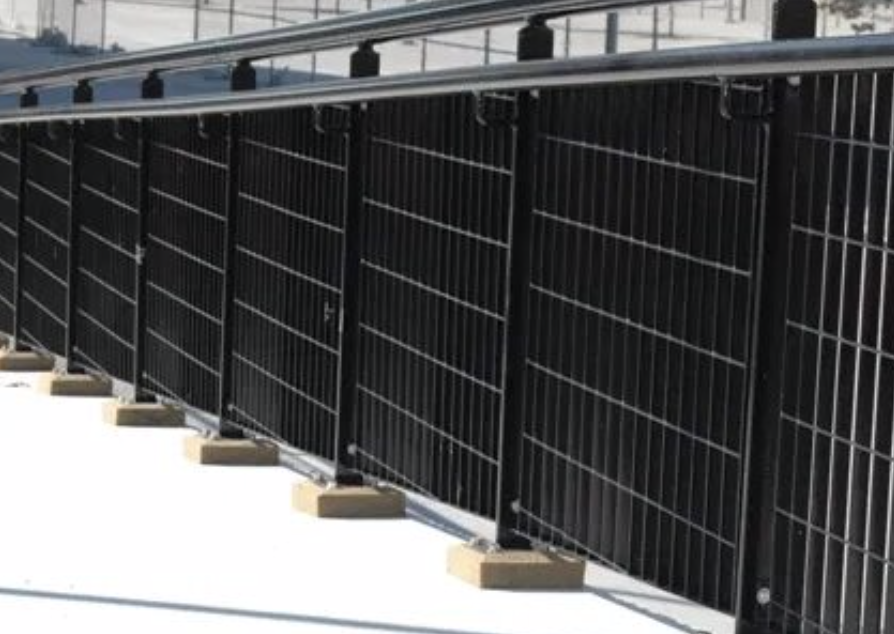 When we think of architectural design, we usually think of buildings, overlooking the fencing systems that may surround or complement them. Yet, fences act as societal contracts, setting legal boundaries for what happens inside or outside the fence line. Despite their societal significance, these structural barriers are often treated as an afterthought in building design. Incorporating industrial and commercial barriers into site design captures their aesthetic qualities without lessening the contractual obligation they represent.

Whether it is the movies, television, or streaming content, visual media has tainted our concept of security fencing. We see it as chain-link fencing with barbed wire designed to keep people in or out of the facility. While security barriers must fulfill their safety requirements, they don’t have to look like they came from a war zone.

How the barriers are constructed determines how effective they are at meeting those objectives.

Security fencing should have anti-climbing and anti-cutting features. If the barriers make it difficult for intruders to breach, they are less likely to attempt a breach. Barriers should not provide footholds for easy climbing or be constructed of materials that can be compromised with a wire cutter.

As digital surveillance capabilities improve, more security fencing will need space to place sensors or cameras to detect individuals trying to enter (or exit) a site. Where these security devices are placed depends on the application. Some environments want the cameras visible as a deterrent, while others may want all devices as integrated as possible.

With the right processes and materials, companies can make systems that delay intruders until security personnel arrive. These materials can deliver the necessary strength to delay without compromising the aesthetic appeal. For example, Metalco’s process uses carbon steel hot dipped galvanized and polyester powder-coated finishes.

Industrial and commercial barriers set boundaries, giving parties in- and outside the fencing systems certain responsibilities. These duties are often overlooked when designing and constructing fencing. However, laws related to the contractual obligations of fencing systems appear at all levels of government. Some will define the size and shape of spikes, while others may stipulate how far from the property line a barrier can be built. Industrial and commercial can imply social responsibilities in crowd control, traffic patterns, and the environment.

Any industrial or commercial building needs to consider crowd control when constructing barriers. It doesn’t matter where a site is located, there’s always the possibility of it becoming part of a parade route or demonstration. Strategically placed barriers can mitigate the liability risk of damage to people or property.

Fencing systems along the perimeter clearly delineate what is and isn’t part of a facility and can keep traffic from crossing the property. Fencing can be used within the property to direct traffic away from locations with limited visibility. Managing movements within a property can reduce potential risk to individuals working or living in the buildings.

Although minimal research has been conducted on the impact of fencing on the environment, many scientists believe that barriers influence the ecological systems in which they are placed. Custom fencing systems can create barriers that do not impact the surrounding ecosystems. They can enhance the natural features of the site by constructing transparent barriers.

Industrial and commercial barriers imply a contractual obligation to protect the site and the people on that site from harm. That’s why the security of any barrier system comes first. That doesn’t mean that the systems are lacking in aesthetic appeal. With today’s technology and advanced manufacturing capabilities, commercial barriers can enhance aesthetics and deliver secure fencing systems, as the following examples illustrate.

Post offices, police stations, and military bases have unique requirements for blending security and aesthetics. Even with security as the primary consideration, rail and fencing systems can be designed to control foot traffic with secure and durable screening systems. Blending the architectural characteristics of the screen with the railing systems for defining the perimeter softens the appearance, making it more inviting without compromising security.

Constructing barrier systems in outdoor spaces can be challenging as designers merge the environment with the public location. Fencing can be used as trellises for climbing plants to enclose a park in the middle of an urban area. Open railing systems can visually draw the natural elements into the space, giving it a more open feel. Designing wave-like systems can add a whimsical touch to public places while protecting them from unwanted foot traffic.

Metalco has been designing and delivering industrial and commercial barrier systems for decades. As a LEED company, we work to be environmentally responsible in our manufacturing and design. Whether it is a standard or custom product, our products are beautifully secured and socially responsible. Learn more about how we can help enhance your site’s aesthetics while protecting it.